Now that the native side is covered (see the previous pages in this tutorial), it's time to display the data you're sending on the desktop side.

The following desktop screenshot shows the 'Sea-mammals' plugin, of this tutorial, in action. 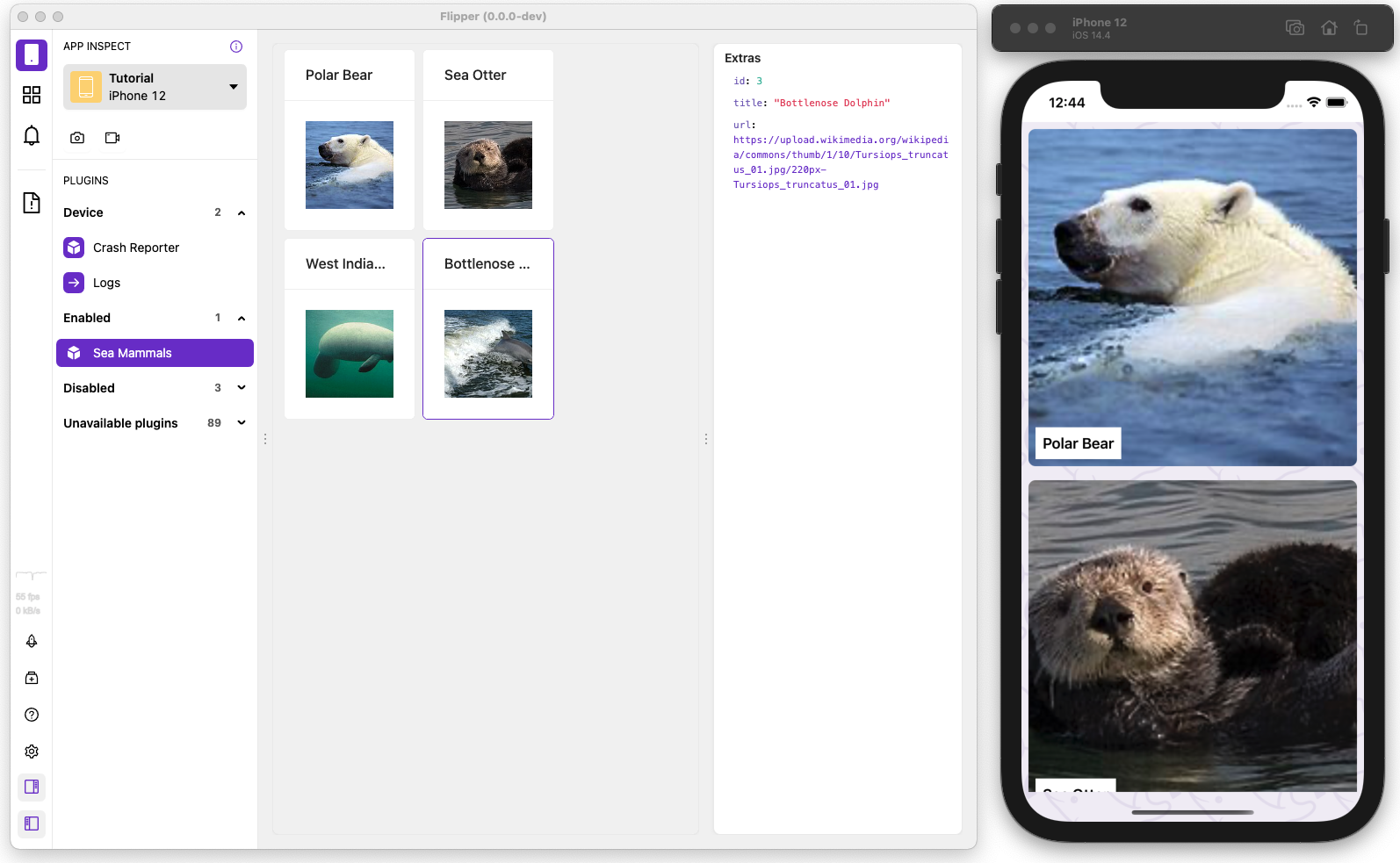 A new Flipper Desktop plugin can be scaffolded by running npx flipper-pkg init in the directory where you want to store the plugin sources.

Don't run this command inside the Flipper repository!. Before running this command, make sure Flipper is closed.

The following snippet shows an example:

Add the directory (shown in the snippet) to the Flipper watch folder if asked.

In this tutorial, you'll be creating a client plugin. device plugins are only used when creating plugins that don't connect to a specific application.

Take the following steps for npx:

Now that the package has been set up, you are ready to build a UI for your plugin. This can be achieved either by using a standardized table-based plugin, or by creating a custom UI.

For more background on the generated files and overall plugin structure, see the Plugin Structure page.